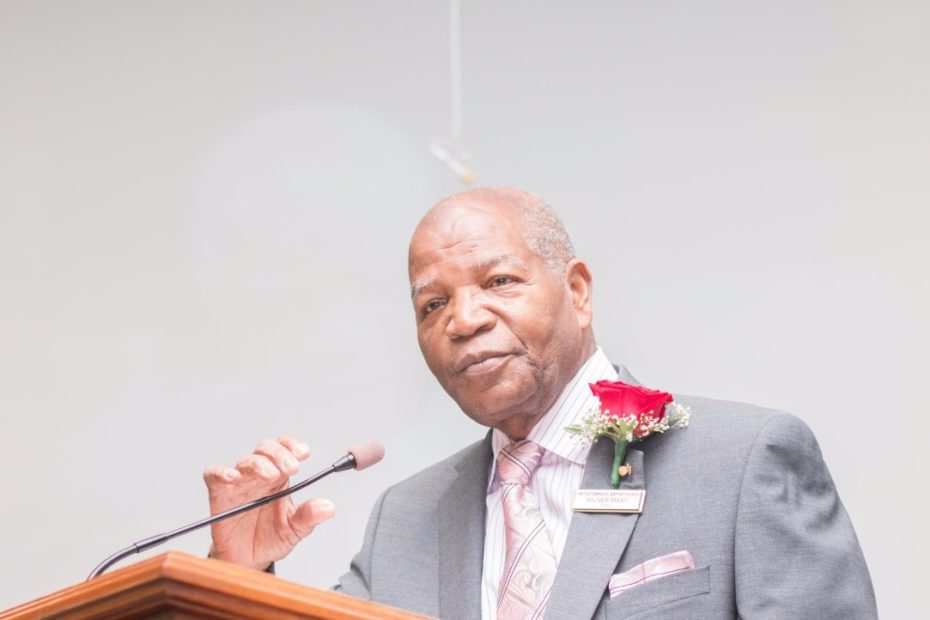 A Man of God

Reverend Wilner Maxy is a 31 year veteran ministering in an underprivileged, low income to impoverished communities. Rev. Maxy prepared himself for the work of ministry by attending Trinity International University, Florida Memorial College, and New Orleans Baptist Theological Seminary earning a Master of Arts Degree and an Associates Degree in Theology. In 1983 Rev. Maxy began offering his services as Senior Pastor of Haitian Emmanuel Baptist Church. Rev. Maxy exemplifies excellence in his work within the church and in the community. This Site is to promote and make the public aware of the Wilner Maxy Community Center. Our objective is to help our community for a better tomorrow. We hope that you can join us in our mission to make our community better.

Rev. Wilner Maxy was born on April 1,1936 in Saint Louis du Nord, Haiti. He was named after his father Cepalasse Maxy who died when he was only seven years old. His mother, Clotilde Chalumeau Maxy, who fought to raise six children with only God as a provider, taught him strong values and beliefs. Rev. Maxy spent his childhood in Saint Louis du Nord and Port-de-Paix for his elementary through high school education. Two years prior to the completion of his high school education, which is called Baccalaureate I & II, he moved to Port-Au- Prince, Haiti. Thereafter, in 1957-1960, Rev. Maxy decided to pursuit his education and obtained a diploma in Land Surveying and Topographer from which he had been working before migrating to the United States.

Rev. Maxy came to the United States in March 1970. Without wasting any time, he went to Lindsay Hopkins Technical School for Engineering and Architectural drawing. In 1971, Rev. Maxy gave his life to Jesus as his personal Savior and joined, one year later, the Haitian Emmanuel Baptist Church. He was baptized in 1973, one year after joining the church. Rev. Maxy has exemplified nothing but excellence in the church and in the community. He has always been commented by both his family and church members for his good conduct and humility. While he was just a member of the congregation, many people saw in him the potential to be a leader. The Lord used him until he was nominated to be an ordained Deacon of the Church in 1975.

As a Deacon, Rev. Maxy always referred to the “I have a dream speech of Dr. Martin Luther King Jr.”. He read it once and liked to watched it on television. He was deeply moved by Dr. King’s words so much that he memorized the entire speech. He admired Dr. King’s gift for communicating a clear vision and his ability to pull people together to work toward a common goal. Dr. King became one of Rev. Maxy’s inspirations. Inspired by the success of Dr. King’s leadership, he thrived on the hard work that his academic and his extracurricular activities required. As an active member and deacon of the church, he worked incessantly evangelizing and creating evangelistic programs to assist the Senior Pastor in increasing the membership of the church. He taught Sunday school and Bible Studies until the Lord allowed him to be ordained as the Senior Pastor of the Church.

Rev. Maxy recognized that although college would be expensive, it would provide him the education he needed to accomplish his goals. In 1983, he went to New Orleans Baptist Theological Seminary where he received a certificate, five years later, in 1987. He refused to remain with only a biblical certificate, he signed off to go to Florida Memorial College to obtain an Associate degree in Theology, which he received three years later.

Again, his most important goal as Senior Pastor was to educate the people about evangelism and Christian responsibilities. He taught them everything he knew, and he made sure that all prospective leaders attend at least three conferences based on different spiritual topics and biblical seminaries every year. He spent most of his time with the Sunday school staff members by using the layman leadership to teach them how to properly conduct Sunday School classes and evangelism He also created different programs to attract new members to the church.

Rev. Maxy felt that he needed to sharpen his skills to better serve the community and the upcoming generation. The more he had to offer to the community the more they were going to be willing to stay in the neighborhood and bring other educated members in. He made another decision to go to Trinity International University (TIU/TED) in 1997 in pursuit of a degree, Master of Art in Religion (MAR).

Throughout his ministry, Rev. Maxy has worked to make a difference in the church and the community. When Rev. Maxy became Pastor of the church in 1983, there were approximately 300 members. Now, with God’s help and his leadership, the membership has increased to 1200 adults and over 400 children and youth.

Haitian Emmanuel Baptist Church has become a pillar of hope to it’s community, because of it’s structure and leadership development; a model for most Haitian churches in South Florida. The most important thing I like about Rev. Maxy is his eagerness to share with any pastor in the community how to be successful besides waiting for the Holy Spirit only to do the job.

Not only is Rev. Maxy a full time pastor, he also serves on many boards. In 1990, he was the Chair of the Haitian Fellowship Board in Miami, in 1994, he was a member of the Co-Fraternal Missionary Baptist of Florida. Since 1996 to present he has been a member of Resolution Committee at the Board of Missions of Florida Baptist Convention. From 1998 to present, he has also been a member of the Baptist Health System of trustees.